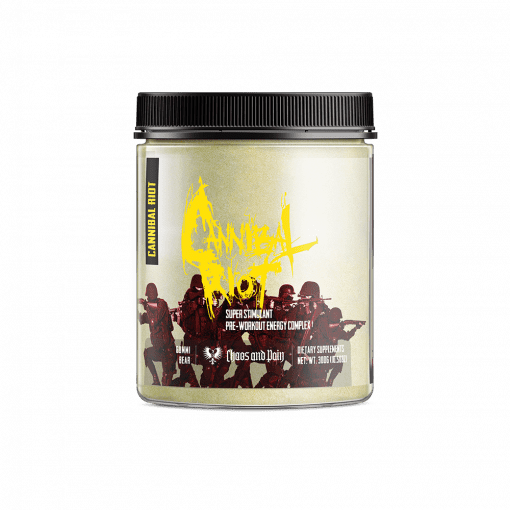 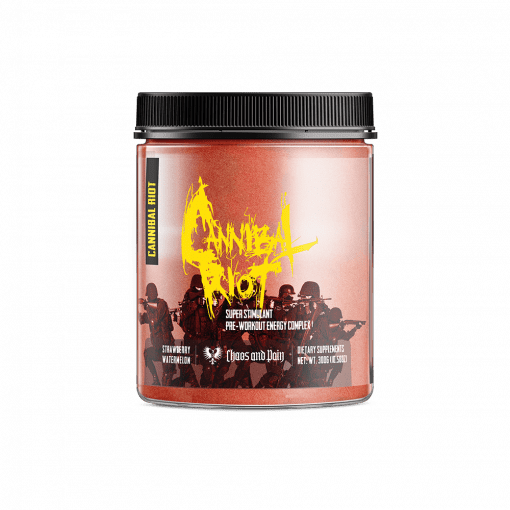 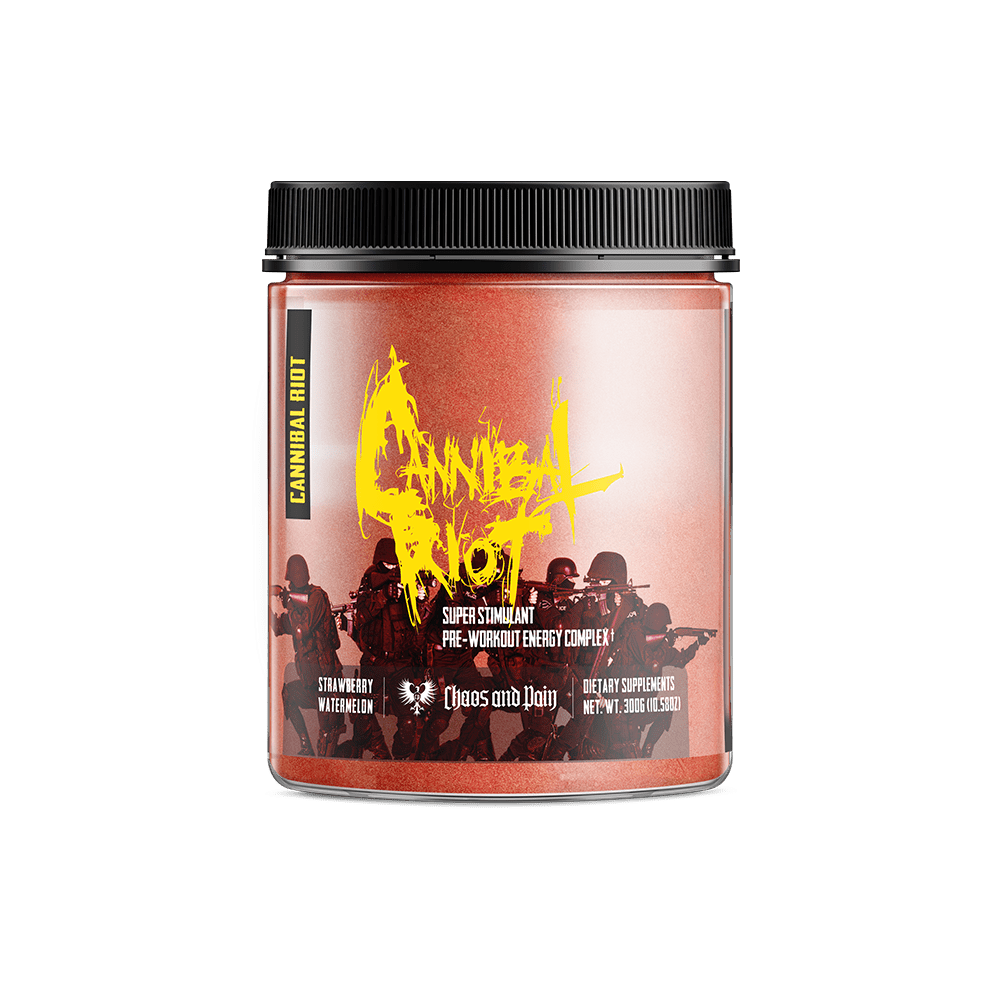 Tired of preworkouts that are basically like drinking a cup of coffee laced with poison ivy?  Yeah, we are too.  We’d rather be a one-person riot in the gym, trashing PRs like they’re police barricades and rampaging through the gym like European college students through a WTO meeting.  That’s why we created the all-new Cannibal Riot, a pump and stimulant preworkout that will have you tweaking while your skin threatens to rip and spill all of your vascularity onto the floor.